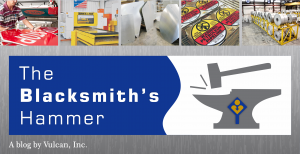 Big changes are in the works for Vulcan Aluminum, also known by employees as Plant 1. Established in 1968, Plant 1 was the very first of Vulcan’s production facilities built in Foley, Alabama. Back in the day, Plant 1 was where all the magic happened, primarily because it was the only building that existed on campus. Before Vulcan grew to include five separate, but integrated manufacturing divisions, Plant 1 was truly the hub of all the action. Not only were aluminum sign blanks produced in this facility, but finished signs were offered as well… all under one roof! Today, these two manufacturing processes have been separated; Plant 1 fabricates and treats the aluminum blanks and Plant 3 (Vulcan Signs), takes the blanks and screens messages onto them, creating the finished product. The separation of the two divisions has proven to be the right move. In fact, Vulcan Aluminum is the largest manufacturer of aluminum sign blanks and sheet in the United States, while Vulcan Signs has also grown to become a top player in the transportation and custom signage industries. 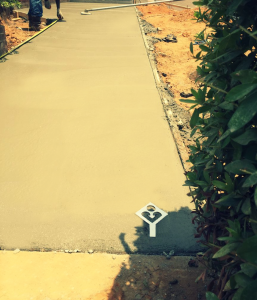 The beginning of big changes!

Throughout all of this growth and development, the original Plant 1 structure has fared extremely well. However after 47 years, it is time that Plant 1 received a little bit of a facelift. Physically, demolition and reconstruction of the original structure has already begun. The scope of work includes a design for a new conference room, as well as remodeling the existing break room and bathrooms. Each facility’s break room serves as the gathering space for plant-wide meetings and it has become a trend on campus to retrofit these spaces with big screen LED TVs, which are used to display training videos, as well as communicate safety and hazardous weather information. Luckily, no disruption of the production schedule will take place, so expect shipments to continue as usual. Stay tuned… the transformation will be complete in only a few short months and we will be sure to post updates on the progress along the way!